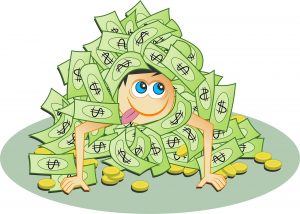 13 thoughts on “If wealth had anything to do with intelligence…”