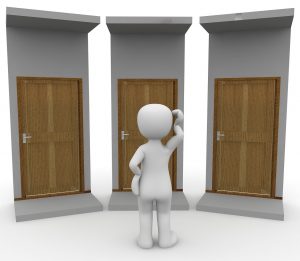 The German news magazine DER SPIEGEL has a regular puzzle section in its online version, called “Rätsel der Woche” (“Riddle of the Week”). Some of those puzzles are quite interesting but I am often too lazy to solve them analytically.

So I often kill two birds with one stone: having fun solving the puzzle with R and creating some new teaching material for my R classes! This is what we will do with one of those more interesting riddles, which is quite hard to solve analytically but relatively easy to solve with R, so read on!

We are standing in front of 100 lockers arranged side by side, all of which are closed. One man has a bunch of keys with all 100 keys and will pass the lockers exactly a hundred times, opening or closing some of them.

On the first pass, he opens all the lockers. On the second pass, the man will go to every other locker and change its state. That means: If it is closed, it will be opened. If it is already open, it will be closed. In this case, he closes lockers 2, 4, 6… 98 and 100, because all doors were open before.

On the third pass, he changes the state of every third locker – that is, 3, 6, 9, … 96, 99. Closed doors are opened, open doors closed. In the fourth pass, every fourth locker is changed, at the fifth every fifth – and so on. At the last, the 100th, the man finally only changes the state of door number 100.

The question is: How many of the 100 compartments are open after the 100th pass?

Now, please try to solve the riddle with R yourself… after that I will provide you with one possible solution! 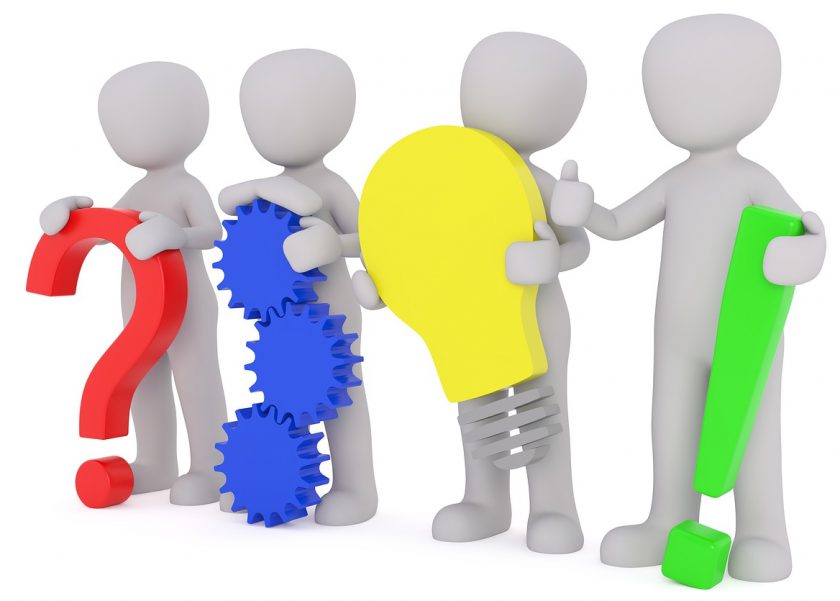 To get the correct result we will do two things simultaneously: run through all the passes one after the other (with a for loop) and, as a bonus, create an image for all the runs with the open doors in green and the closed doors in red (with the image function): 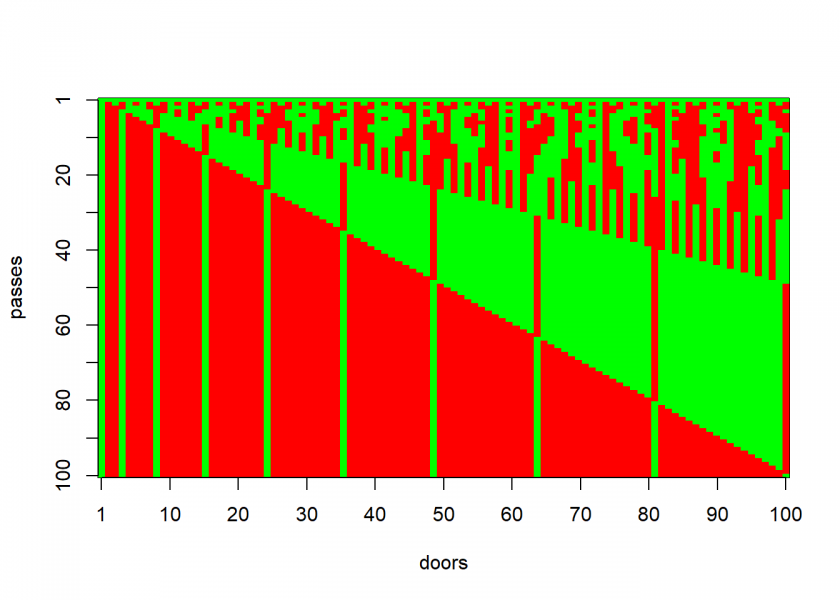 That was fun, wasn’t it! And I hope you learned something along the way… stay tuned!

13 thoughts on “R Coding Challenge: How many Lockers are Open?”