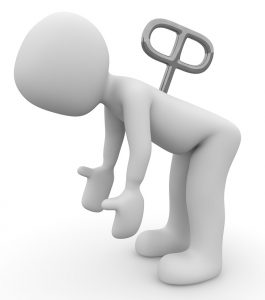 We all know the classical Sci-Fi trope of intelligent machines becoming conscious and all the potential ramifications that could follow from there (free will, fighting their human creators, ethical dilemmas, and so forth). Now, is this a realistic scenario? As a researcher in the area of AI (see e.g. So, what is AI really?), with a penchant for philosophy, I share my thoughts here with you, so read on!

This post will be a little different from the others because it is highly speculative. You may even call me mental afterwards but let us not get ahead of ourselves. The big problem with consciousness is that really nobody has any clue whatsoever what it really is. This is why the philosopher David Chalmers has labeled it “the hard problem”. I start with that because there are some intellectuals who will try to tell you that it is not that great of a problem, that it is only an illusion (oh, really?) or that it will be solved in the near future (the big breakthrough: always near, never here…).

One of the big systematic problems to do research on it is that traditionally science differentiates between the subject and the object. When you investigate something you try to exclude the observer from it and try to be as objective as possible. In the case of consciousness, this has to fail since we can only observe our own, our subjective consciousness. We cannot even know whether anybody else has consciousness like we do… it only seems reasonable to assume that.

The optimists say that, although we don’t really know how consciousness works, it will just be a matter of time till an artificial neural network (ANN) will develop it (something along the lines of “more is different”). When one looks at how ANNs work (you can read all about it here: Understanding the Magic of Neural Networks) I would be very skeptical! Basically, at the core ANNs do nothing else but add and multiply stuff! As impressive as it may be when a sophisticated ANN is able to label things (see e.g. Teach R to see by borrowing a Brain) I see no reason whatsoever why it would develop consciousness that way. Now, you could argue that at the core our brains also do nothing else than ANNs do but in my opinion, we are still missing something crucial here because I see no road to consciousness by just adding and multiplying numbers…

In my opinion, consciousness is something ontologically fundamental in our universe. I don’t think that it is some emergent phenomenon but that is at least as much at the core of things as other fundamental entities of nature, like elementary particles or forces like gravity. This philosophical position is called idealistic monism and one more popular manifestation of this which postulates that consciousness is basically everywhere to varying degrees in the cosmos is called panpsychism. One prominent advocate of this position is my colleague Professor Philip Goff from Durham University. The following article from him gives a good overview of panpsychism: Panpsychism is crazy, but it’s also most probably true. He recently also published a popular science book on the matter (no pun intended 😉 ): Galileo’s Error. Foundations for a New Science of Consciousness.

One of the problems classical panpsychism faces is how all those little conscious entities combine to form e.g. our consciousness. This is called the combination problem. This is why some theories of panpsychism go even further by postulating that consciousness may be even more fundamental than e.g. matter and that the basis of all being, including our inner life, is one cosmic consciousness. Philip Goff has also written on this subject, called cosmopsychism: Is the Universe a conscious mind?, a more academic version was published by Springer: Did the universe design itself?.

It is parsimonious to suppose that the Universe has a consciousness-involving nature.

Other researchers even try to make core elements of panpsychism mathematically rigorous: Markus P. Müller, who is Research Group Leader of the Institute for Quantum Optics and Quantum Information, Vienna, Austria, and Visiting Fellow of the Perimeter Institute for Theoretical Physics, Canada, has built a whole theory based on algorithmic information theory and Solomonoff induction to describe how a “mind” can cause “matter” (and not the other way around!). A popular version of his research can be found here: Mind before matter: reversing the arrow of fundamentality, the technical version here: Law without law: from observer states to physics via algorithmic information theory.

I suggest that it is sometimes a step forward to reverse our intuition on “what is fundamental”, a move that is somewhat reminiscent of the idea of noncommutative geometry. I argue that some foundational conceptual problems in physics and related fields motivate us to attempt such a reversal of perspective, and to take seriously the idea that an information-theoretic notion of observer (“mind”) could in some sense be more fundamental than our intuitive idea of a physical world (“matter”).

As I said at the beginning, all of this may seem mental to you… but in a way, every explanation for consciousness is crazy (Nabokov’s “Only one letter divides the comic from the cosmic” comes to mind) and I see at least no contradictory evidence why cosmopsychism should be wrong. It is, in my opinion, as respectable as it gets for a theory of consciousness. In a way the thought that consciousness might be more fundamental than anything else is not so foreign from an epistemological perspective, Descarte formulated this idea hundreds of years ago: the question is what can we really know for sure? If an evil demon were to deceive me really everything could be an illusion (or in modern lingo “Fake News”!), only one thing is really certain, i.e. absolute: the fact that I think (that is me thinking!) and that therefore I am… or in good ol’ Latin:

Seeing it this way it seems almost strange to believe that the things we have no direct access to (i.e. matter and fields) should be the most fundamental entities… and then wonder how consciousness emerges out of that. Who seems mental now?

Now, where does this leave us concerning our question from the beginning? Well, if cosmospychism were true, simply adding and multiplying numbers – however many operations and however fast – would never lead to consciousness because it is the wrong answer to an ill-formed question. It is a little bit like those cargo cults where underdeveloped peoples try to rebuild crude copies of airports and runways and wonder why no planes show up to provide them with desired Western cargo. I think that believing that you could build some consciousness with ANNs is cargo cult-like! We are on a completely wrong track here, or runway if you like 😉

Please leave your thoughts in the comments!

UPDATE May 14, 2020
An earlier version of this article contained some imprecise characterization of cargo cults. Hat tip to Tom for his helpful comment.

9 thoughts on “Will AI become conscious any time soon?”