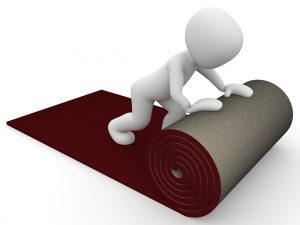 If you want to learn about a paradoxical effect nearly nobody is aware of, where correlation between two uncorrelated random variables is introduced just by sampling, read on!

Let us just get into an example (inspired by When Correlation Is Not Causation, But Something Much More Screwy): for all intents and purposes let us assume that appearance and IQ are normally distributed and are uncorrelated: 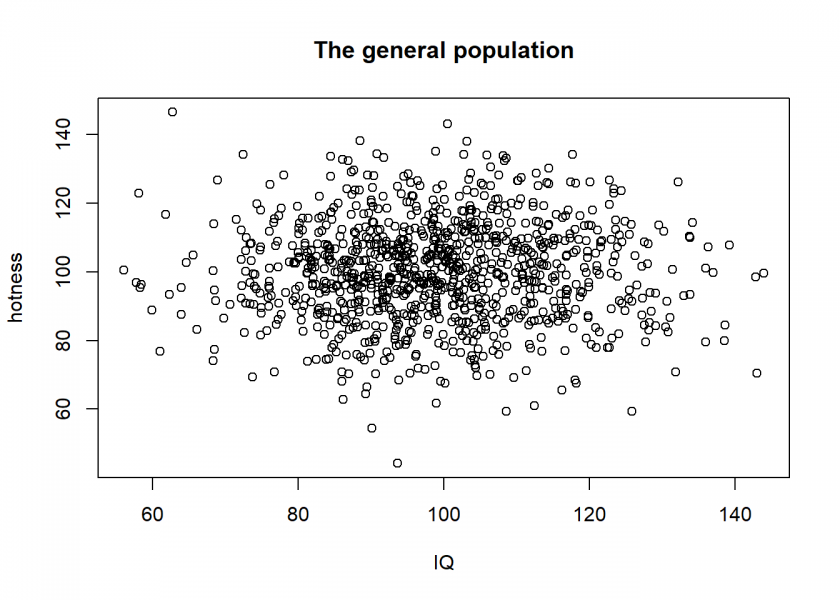 Now, we can ask ourselves: why does somebody become famous? One plausible assumption (besides luck, see also: The Rich didn’t earn their Wealth, they just got Lucky) would be that this person has some combination of attributes. To stick with our example, let us assume some combination of hotness and intelligence and let us sample some “celebrities” on the basis of this combination: 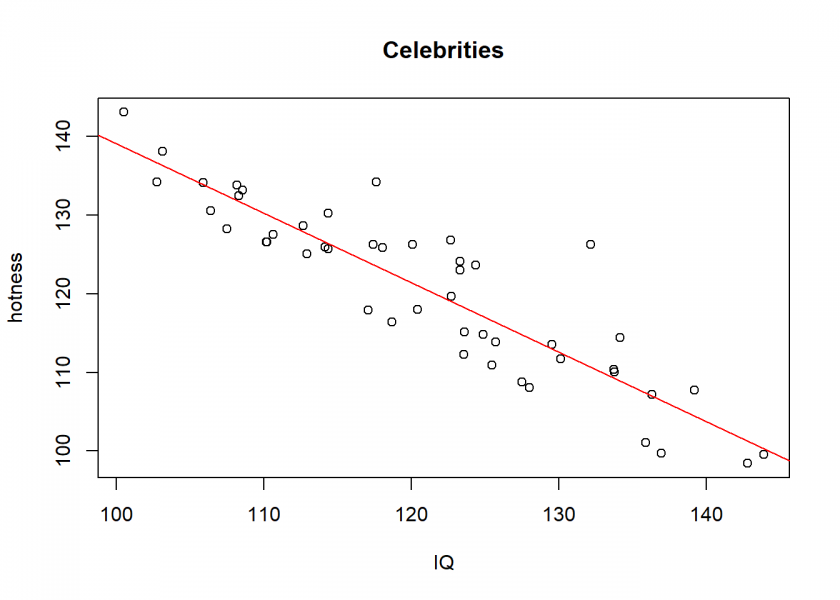 Wow, a clear negative relationship between hotness and IQ! Even a highly significant one (to understand significance, see also: From Coin Tosses to p-Hacking: Make Statistics Significant Again!):

In our simple case, it is the sum of our two independent variables, i.e. the variable “success” that could be considered the collider because it “collides” with the other variable and creates the bias.

To understand this effect intuitively we are going to combine the two plots from above: 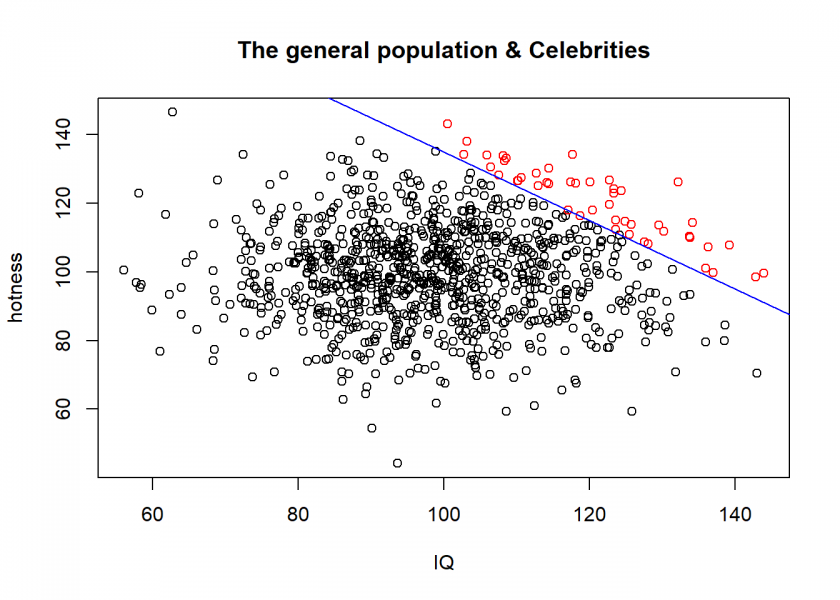 In reality, things are often not so simple. When you google the above search terms you will find all kinds of examples, e.g. the so-called obesity paradox (an apparent preventive effect of obesity on mortality in individuals with cardiovascular disease (CVD)), a supposed health-protective effect of neuroticism or biased deep learning predictions of lung cancer.

As a takeaway: if a statistical result implies a relationship that seems too strange to be true, it possibly is! To check whether collider bias might be present check if sampling was being conducted on the basis of a variable that is influenced by the variables that seem to be correlated! Otherwise, you might not only falsely conclude that beautiful people are generally stupid and intelligent people ugly…

2 thoughts on “Collider Bias, or Are Hot Babes Dim and Eggheads Ugly?”